WE REALIZE THAT TEACHING HISTORY ISN’T one of our core services! But we also know that regardless of the subject matter, many of our modern-day comforts are the fruits of other people’s labors. Take some time with your child to learn about the way that dentistry USED to be, and the amazing people we have to thank for how it is NOW.

Three Interesting Facts About The Father Of Modern Dentistry

1. Back Then, Teeth Were Extracted By Barbers

In those days, practicing dentistry required no specific education. Many times the local barber took care of teeth too. At age 15 Pierre became interested in mouth diseases when he began surgical training in the French navy and spent many months at sea with the sailors. Later he worked in the university city of Angers in western France where he began perfecting his art and was referred to by local physicians and surgeons.

After making his manuscript available for peer reviews for five years, Pierre published his book Le Chirugien Dentiste ou Traité des Dents in 1746. The book was unlike anything that had been written before, and included: – full descriptions of teeth anatomy – classification of over 100 dental diseases – details about dental operations and instruments – case studies and illustrations

3. Treating Patients In A Chair, Rather Than On The Floor

Pierre became very successful in his dental practice and was known for treating patients with a dignity that was uncommon during that time. He reportedly was one of the first to provide a comfortable horsehair easy chair that patients could sit in during treatment, rather than sitting or laying on the floor. Pierre Fauchard considered teeth important for both health and speech in addition to appearance. He exposed the dangers of brick dust powders sold at the time for whitening!

Have you ever visited the U.S. National Museum Of Dentistry in Baltimore?

We want to express thanks to TWO people today—Pierre Fauchard and YOU! Pierre helped make our profession what it is today. And, thanks to you for being so conscious of your child’s health and care! Never hesitate to let us know if there’s ever anything that we can do to help your child be more comfortable, healthy, and confident! Have a great week!

Fill out the form below and click “Send My Message” to email us. We will do our best to respond in one business day.

See the Smile Spot in the PressWe Appreciate Your Referral 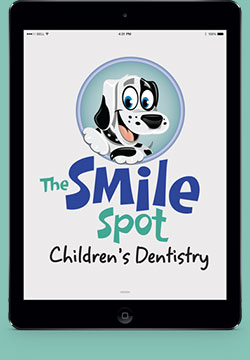 At your first visit, you'll complete your patient paperwork on an iPad!

We look forward to meeting you!

Schedule an Appointment
Back to Top